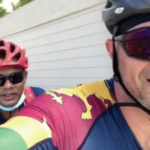 Worried things didn’t pan out your way? There’s never an excuse to quit your goals, as inspiring Khalid Oshman proves us yet again… After another month of lock-down, Khalid decided to challenge himself by running an IRONMAN70.3 which involves 1.9 km cycling, 90 km running and 21 km swimming! Khalid was to participate at IRONMAN70.3
Read More

14 athletes from Triathlon Club Colombo (TCC) went in India last weekend to take part to IRONMAN 70.3 GOA. The team was appropriately named “TCC Unity in Diversity Team” because there was representation from both women (3) and men (9), 3 Nations (Sri Lanka, Maldives and France), different age groups (22 to 47 year olds),
Read More

May El-Khalil believed a 26.2-mile running event could bring together a country divided for decades by politics and religion, even if for one day a year, and founded one of the region’s most impactful marathons – Beirut International Marathon. We have witnessed how sports leaders in our country too have successfully initiated events such as
Read More

Pro-Am, the official licensee of the World Triathlon Corporation (WTC, USA) and the owner of the prestigious global IRONMAN triathlon brand, is gearing up to hold the second IRONMAN 70.3 international sporting event in Sri Lanka. The first edition of the Sri Lanka Wonder of Asia IRONMAN 70.3 Colombo event for 2018 was held successfully
Read More

This is the story of the brave ones, the ones who stepped into the sun to show Sri Lanka that they are ready to stand tall, to compete despite their challenges, and to defy the perception that their abilities are less than “normal.” Sashi Madushanka lost his sight in 2009 due to an accident. Khalid
Read More

This truly inspiring story of Sashi and Khalid shows us that anyone can achieve the impossible – regardless of stereotypes of gender, ethnicity, or “ability.” If you’ve ever doubted your capabilities, watch this video to realize the potential that lies within everyone of us. Sashi Madushanka lost his sight in 2009 in an accident but
Read More 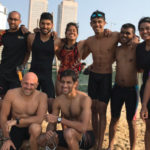 TCC (Triathlon Club Colombo) is a community-based triathlon club in Colombo with the objective of building and promoting triathlons in Sri Lanka. Whether you are looking to train for your first or your 100th triathlon, Triathlon Club Colombo has something for you! Find more information about them via our site: http://workout.lk/places/339/Triathlon-Club-Colombo
Read More