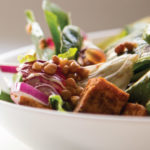 You don’t have to go vegan to fight climate change. Research shows that small changes to our diets can make big differences: Climate Lab is produced by the University of California in partnership with Vox. Hosted by conservation scientist Dr. M. Sanjayan, the videos explore the surprising elements of our lives that contribute to climate
Read More 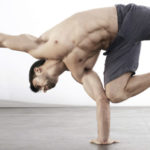 Interested in exploring movement beyond the ordinary? Leading movement specialist, Ido Portal is the legendary Israeli mixed martial artist who has traveled the world teaching the Ido Portal Method. Whether you’re interested in concepts such as the lizard crawl or why Ido’s practices are about “more than just handstands”, this inspirational film offers a window
Read More

The global obesity rate is on the rise, having nearly tripled since the 1970s. Hasan examines how federal policy and corporations helped America export its unhealthy diet to the rest of the world…
Read More

Workout.lk invites you to a series of virtual events where we explore the power of cultivating inner strength – whether it is through strengthening our immune system, physical system or inner resilience to bounce back from difficult circumstances. Join the next informative online series this April featuring a inspiring set of panelists you wouldn’t want
Read More

At times of crisis and we need everyone to be armed with the right tools of information to fight together as it’s the best defense we have. We’ve compiled a list of local and global content so we can collectively support the health of our communities. According to WHO, “the most common symptoms of COVID-19
Read More

How Pierre and his wife transformed their tragedy of great sorrow after losing their son Sidharth (07.02.13 – 01.04.16) into great acts of love, is a truly heart-warming one. Since 2016, their charity organization TandemVision has brought smiles to hundreds of children and young adults who are visually impaired. Do watch and share this amazing
Read More

Wim Hof is nicknamed “The Iceman” for his ability to withstand extreme cold which he assigns to exposure to cold, meditation and breathing techniques. Hof has set out to spread the potential health benefits of his breathing techniques, working closely with scientists around the world to prove that the Wim Hof Method works. It is
Read More

American Psychological Association (APA) finds the workplace is the second most common source of stress for the majority of people, after concerns over money. And our dependency on electronics for work and everyday communication is not going anywhere. This means that making a conscious effort to take time off in nature to undo the damage from electronic radiation
Read More

When it comes to best kept secrets, SCUBA diving in Sri Lanka is right up there. Few people are aware of the variety of diving sites all around Sri Lanka consisting of shipwrecks and coral reefs. Over 2,000 years of maritime activity in Sri Lanka has bestowed it with a countless number of shipwrecks. The
Read More

Primal fitness is a system of fitness that utilizes primal human and animal movements. The movements have a high degree of functionality and are often used in functional movement and functional fitness programs. These forms of exercise are now increasingly trending around the world and we are seeing a re-emergence of getting back to primal
Read More